The two timed failed presidential candidate Hillary Clinton mourned like it was 2016 all over again after Senate Republicans voted down allowing new witnesses in the Impeachment trial of President Trump.

“With their votes to make the American president accountable to no one, Republican senators have put the interests of one president over the interests of all Americans. The only remedy now is for us all to vote in overwhelming numbers to replace them—and him—in November,” Clinton tweeted on Friday.

The only remedy now is for us all to vote in overwhelming numbers to replace them—and him—in November.

Clinton wasn’t the only Democrat to mourn like it was 2016 again other Democrats did as well.

I’ve never seen a more insufferable & pathetic group of Senators than those in the GOP. They’ve chosen to strap themselves to a corrupt con man they KNOW is guilty. They’re all cowards. None of them belong in the Senate. They should go home and grow a backbone!

America needs to wake up. GOP is willing to lie, cheat, & steal for power. They have no shame & no guts. They can’t bring themselves to remove a lying criminal con man, impeached president, in an election year, but they can STEAL a Supreme Court seat in an election year! B.S.!

America will remember this day.

Senate Republicans turned away from truth and went along with a sham trial.

If President Trump is acquitted with no witnesses, no documents, the acquittal will have no value because Americans will know this wasn’t a real trial.

President Trump was impeached for abuse of power and obstruction of Congress. By refusing to call witnesses and compel documents, Senate Republicans have chosen to become accomplices in his cover-up. #DefendOurDemocracy https://t.co/cHfatTHnbh

Their lamentations come after the Senate voted 51 to 49 to block the Democrats’ efforts to call for additional witnesses in the Senate impeachment trial. The Senate is expected to hold the vote to acquit the President on Wednesday.

I know you aren’t supposed to enjoy it when some else is miserable, but man this feels good. Just wait until President Trump gets re-elected, it’s going to be amazing! 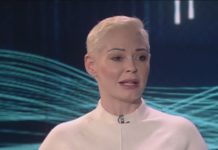